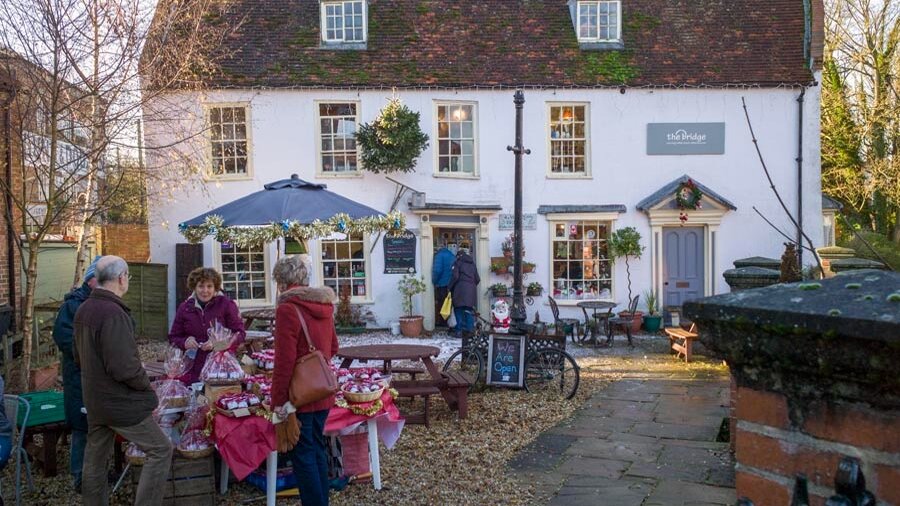 Horncastle is a small market town, just 5 miles from Poachers Hideaway. It is famous for its many Antique and Bric a Bric shops. An ideal place to spend a day browsing through the many hidden treasures including Great Expectations, Horncastle Antique Centre, Boams, A. Hare and Sons, Lawrence Shaw, Seaview Antiques and more.

There are a variety of quaint Tea rooms such as Myers, Benton’s, Stables, Hennies, Tea at the Bridge. They all provide you with an ideal opportunity to take a break as you explore the shops. The Town also has a selection of superb restaurants, takeaways and public houses serving a variety of menus to suit all tastes.

This is also an ideal opportunity to purchase some of the Tastes of Lincolnshire produce from the local stores which include bakers, butchers, fruit and vegetables and many more. Markets are also held in the Market Square on Thursdays and Saturdays, with a Farmers Market on the second Thursday of every month. A selection of supermarkets, pharmacies and petrol stations compliment the local stores to meet your needs. Swimming Pool and Fitness Suite provides an excellent leisure facility and is open for visitors and residents.

Once known as Banovallum, Horncastle still has remains of its Roman walls within the town library. Horncastle also has stunning 18th and 19th century architecture or take a walk along the Horncastle Canal or the Viking Way long distance footpath which runs through Poachers Hideaway. Horncastle’s oldest standing building dating back to the 13th Century. St Mary’s is placed in the heart of the town. A must to visit.

Basically, the fabric consists of nave and chancel, each with a clerestory, a north and south aisle, north and south porch, and a low massive square tower containing a clock and six bells, surmounted by a small spirelet which is completely out of proportion with the rest of the building. The present structure of Saint Mary’s Church is very probably the final result of three major rebuilding’s or restorations over the centuries, plus a variety of repair works particularly over the past 200 years.

Sir Joseph Banks was a British explorer and naturalist. He was a long-time president of the Royal Society, London, and became known for his promotion of science. His home was in Horncastle. In 1768 he led the Royal Society delegation on a voyage around the world with Captain James Cook. During this time, they landed in New Zealand, at Poverty Bay, in 1769. While there, Banks described a great number of plants found in the area. He also wrote detailed descriptions of the Maori people who lived there. His scientific account of the voyage and its discoveries sparked considerable interest in Europe. This went on to encourage European settlement near the Pacific islands. The Sir Joseph Banks Society now have a base in Horncastle at the Sir Joseph Banks Centre on Bridge Street.

William Marwood was an Executioner from 1872. He became the official Crown Executioner in 1874 through to his death in September 1883. His main occupation was as a cobbler. His shop and the home he shared with his wife Ellen still exist in Horncastle today. Marwood developed the long drop method of hanging. This technique ensured that the prisoners’ neck was broken instantly at the end of the drop. The present Honourable Queens Champion is Francis John Fane Marmion Dymoke and lives at Scrivelsby Court, which is located on the outskirts of town.